May 12, 2013
So the other day, I rushed myself to the emergency room because my stomach suddenly hurt so bad as if someone was unmercifully squeezing whatever organs inside of it very hard. Turned out I got fatty liver and had to be really careful with what I eat and the doctor told me not to get too drained out. Also, my blood pressure was bloody high. I'm old, apparently.
The combination of an aching tummy and constant idleness after a few weeks of ditching gym is killing me, I decided to blog at last to divert the pang of abdominal pain into something, I don't know, fun? Right. Whatever.

This post is long overdue, but I'll publish it nevertheless. This was the last leg of my Asean trip. Hope you’ll find it useful.
Let me reminisce back to the time when my best friend, Gina, and I went to Bali in 2011. We attended the closing party of Double Six club which was practically our first rave party. I happened to be liking -even loving- it, while Gina felt it was not for her. That's when I knew that we were not on the same boat on this particular thing. So a year later, when I planned to conclude my Asean trip in my own country, out of all holiday destinations in Indonesia, I chose Bali again. Why Bali? Because I wanted to party. And only in Bali, you could party hard without people telling you what to wear or what to do. So all I could think of was how I had to go to as many clubs as possible in three nights. I hung out at two clubs every night on average, from dusk until dawn. Mission accomplished.
Here are the nightlife spots I went to in no particular order during the last leg of my Asean trip:
Bali Joe, Jl. Dhyana Pura, Seminyak
My friends and I came a bit too early that night, but then we got a table so yeah not bad. I ordered Bali Shangria and enjoyed the drag show which was, of course, always hilarious! 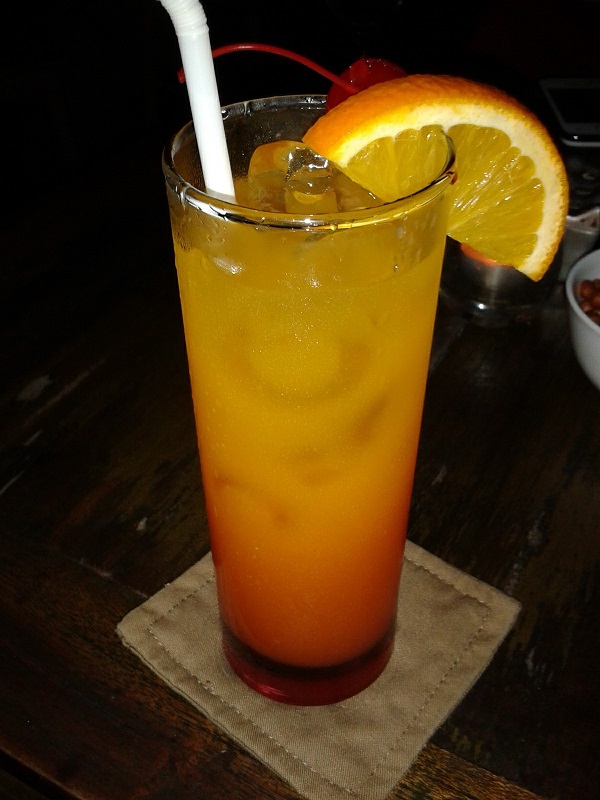 As one might have expected in a bar, when the midnight drew closer, the crowd got more packed and somehow I could feel some sort of pervert-y tension in the air. Within seconds, there came 4 strippers walking down the stairs and worked their barely covered body up to the bar and clung onto the poles and it was without hesitation that people went crazy right away over what was happening before their very eyes. I was completely in shock (yet partially happy) as I did not know that there would be a striptease! The reason why I went to the club was because when I googled top 10 clubs in Bali, this one popped up on the list. Nevertheless, it was so much fun. Also, it's not like I had never seen any striptease show. I mean, hello, refer to this post please.

Mixwell, Jl. Dhyana Pura, Seminyak
One of my friends got too aroused watching the strippers so we decided to get out before anything inappropriate could happen. Heading off to another bar next door, there was Mixwell with similar crowd yet the place had been too crowded so we left off immediately.

Embargo Bar, Jl. Legian, Kuta
We went back to Legian St. where our hotel was located. On the way to the hotel, Embargo Bar attracted our attention as it was packed with people and the music sounded nice. We decided to give it a shot. Turned out, the crowd was full of teenagers (or let's just assume they were college students with valid ID). We knew that we were way too old to stay there any longer or else they would think that we were sugar daddies looking for twinks so we headed back to the gate and took off.

Ku De Ta, Jl. Kayu Aya, Seminyak
On the second night, we took our chance to try the allegedly one of the fanciest restaurants and bars in Bali, Ku De Ta. It topped the list of the must-visit-bars that we had googled earlier. We were lucky because it wasn't the peak season so even though we did not make a reservation, we could get a table there. Ku De Ta was beautiful and posh.
We chose a pair of sunchairs looking out the Seminyak Beach. The drizzle just stopped when we arrived there, so the chairs were a bit damp. It was slightly uncomfortable as the cushions soaked our pants but we insisted on sitting by the beach which was only a few meters from us. Aside from the cold and wet bottoms, everything was nearly impeccable. I ordered a cup of hot chocolate to keep me warm while the others chose stronger drinks although the night was still early. It didn't matter though, because Ku De Ta had incredible selection of beverages! To sum it up, this place is super-recommended!

Sky Garden, Jl. Legian, Kuta
We also went to Sky Garden which was located right next to the ground zero of Bali bombings. I liked the crowd in Sky Garden and the resident DJs were good. Why? Because there were no Top 40 remixes! Thank God. We decided to order a bottle of red wine (I KNOW. But it's also a good antioxidant so shut up) so we could get a table and have a seat whenever convenient in case we got tired of dancing. We partied until 2AM that night.

Bounty, Jl. Legian, Kuta
The crowd here had too many foreigners, it looked like as if we were the foreigners. Compared to the Sky Garden's partygoers, those who came to Bounty were younger. Therefore, you'd expect to hear the DJs playing Top 40 dance songs a lot. Not bad, though. If you need to loosen up, Bounty is the place you must go! (Because I saw a young couple LITERALLY had sex in front of me. Yes you could be THAT loosened up). I came to the club twice during my 4D3N stay in Bali.

Well, those were the brief highlights of Bali nightlife and thus, concluded my Asean Trip!

Thanks for reading and see you on the next post!