May 15, 2012
The next day, Nana rang at around 07.30 in the morning. The call woke me up and I nearly jumped out of the bed realizing that I got up very late, thus only had less than 30 minutes to glam up. While cursing myself in the shower for sleeping like the dead whereas the alarm that I had set the night before went off properly, I would be lying if I said I wasn't feeling rather ecstatic because today we were going to Phi Phi Islands, widely known as the filming location for the 2000 adventure drama movie The Beach, starring Leonardo DiCaprio. *glitter* 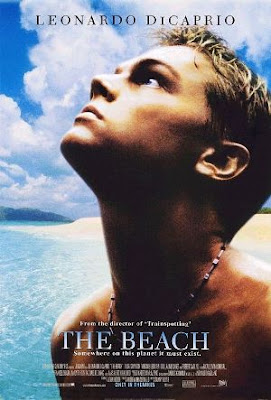 As soon as I was adequately prepared, I dragged myself to my friends' hotel as the car would pick us up there. Walking past Patong Beach in hurry, I couldn't help to notice the serene ambiance this place possessed in the morning, when those beach chairs were still vacant and there were no people around. So peaceful. I took a moment to capture the tranquility before rushing off to meet my friends.
We took off from the hotel at 08.00 o'clock and, sure enough, about 45 minutes later arrived at the harbor, called Boat Lagoon Marina, where rows of big boats and speed boats were docked. Every passenger would be assigned to a certain group of 120 people or so. Each group includes 3 tour guides, a pair of goggles, a set of life jacket, buffet lunch, and free drinks and fruits during the trip. In case you need to rent a pair of fins, they're available at the anchorage point for 100 baht.
Before hopping onto the boat, the tour guides gave out colored sticker to identify our membership in their group. Then they went on explaining the rules that we should abide by strictly, especially on safety and punctuality. We were also advised to be careful of the sea urchins as it was apparently the sea urchin season in Thailand.
The people who got to be our tour guides were pretty wise. As I said on the previous post, to most foreigners, Thai names are rather difficult to pronounce, let alone to remember. So these tour guides picked their own nicknames and we ended up having a funny woman named Lady Gaga and, of course, two hilarious ladyboys who claimed themselves as Jennifer and Britney on our boat!
I lost my sticker and asked Jennifer if (s)he had a spare. She did but then she put the sticker right on his, I mean, her cleavage and told me to get it by myself! A sleazy girl she was, indeed!
Anyway, the Phi Phi is a set of islets, with Ko Phi Phi Don being the largest island and is the only island with permanent inhabitants, mostly Moslems. The second largest is Ko Phi Phi Leh, where The Beach was filmed, which also became our first destination!
We departed from the Boat Lagoon Marina on a speed boat at around 09.15, headed towards the beach whose sands were once lucky enough to witness Leo making out with Virginie Ledoyen. Approximately 45 minutes later, the boat sailed past a place called Monkey Beach. Those who've never been to Ubud's Monkey Forest Sanctuary, or Sangeh Monkey Forest, or Uluwatu Temple could take photos of our allegedly close relatives hanging out on the trees above us.

By 10.30, people already went gaga over what they were seeing along the way: stunning rock formations with wild trees jutting out of the cliffs, white sandy beach fronting the jungles, and crystal clear vision to the beautiful marine life under the vivid turquoise water. Simply put, it was paradise. 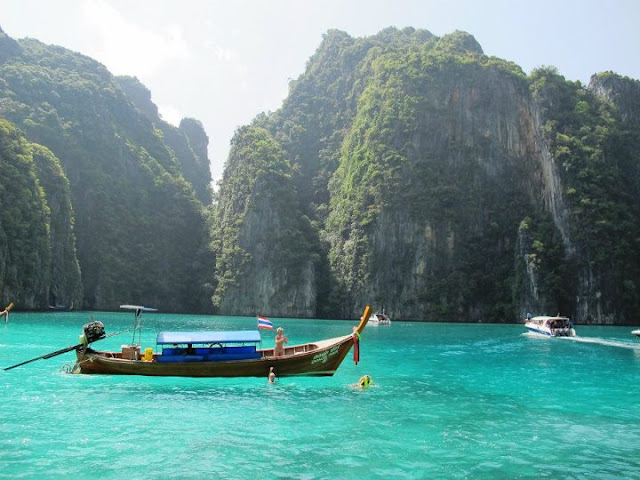 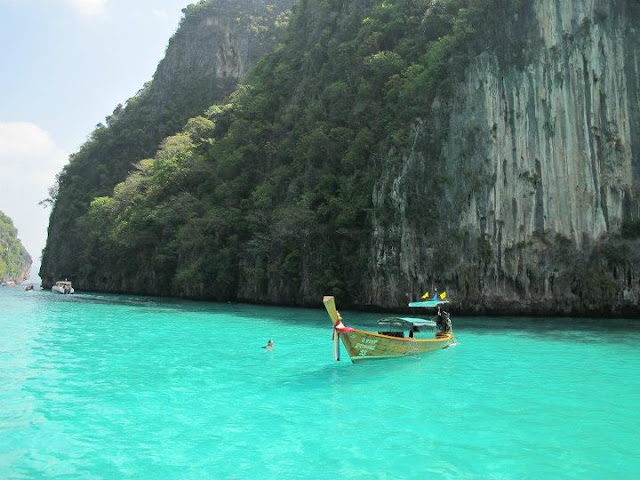 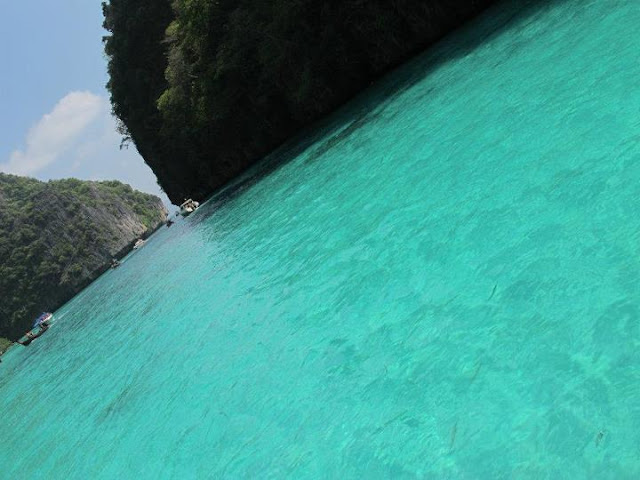 Finally, I landed my feet for the very first time on the island of Ko Phi Phi Leh. Oh My God, I couldn't believe my luck: I was in the same place where Leonardo DiCaprio came back from his death in Titanic. Leo was here. I was here. We were connected. I knew it. I felt it. Could I be possibly his long-lost brother? I mean, who knows?

Anyway. The beach was very beautiful. And yes, it was also touristy as hell. However I didn't let it ruin the beautiful day. I was having the time of my life! Now I have given my best in telling the story, let the pictures do the rest. 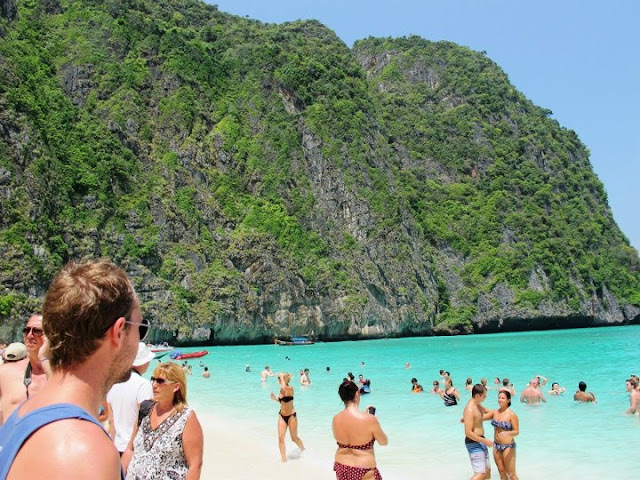 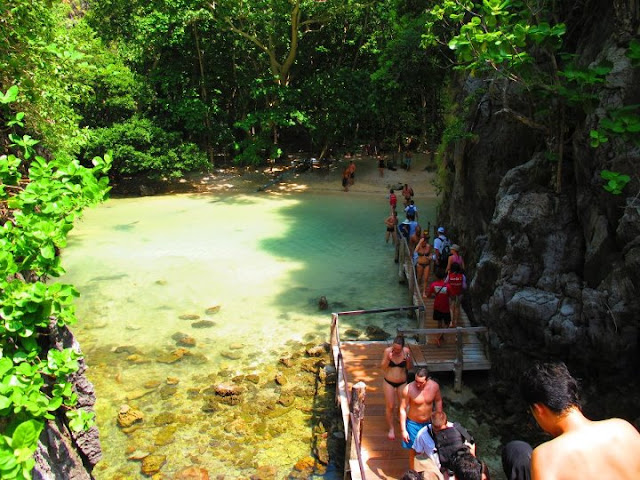