Right. I was telling you that we finally managed to lower the price from the official brochure rate (originally 4500 baht) to 3333 baht per person for a 2-day trip to Phi Phi Islands and James Bond Island including buffet for lunch and pick-up from and to the hotel. We wanted to get 3000 baht but those people at Diamond Travel were such tightfisted bitches. Thinking that we had made this far and for the sake of efficiency, we perforce agreed with the deal. Lastly we handed the down-payment for 3333 baht, and set to pay the rest 6666 baht when they picked us up the next day.
After the booking was done, we got in the taxi and went back to the hostel in Phuket Old Town to pick up our luggage. As we were already using the taxi, we decided to keep using it to go to our next destination in Patong with additional 300 baht. We had to spend 45 minutes to reach Patong from Phuket Old Town. Arriving at Patong Paragon Hotel that was only 5-minute walking distance from Patong Beach at 5.30-ish PM, I then let the girls checked in first while I went to 7-Eleven across the street to buy some drinks and snacks.
Now here's one of the most crappiest moments that I wish would never happen to any of you: After checking in, Nana and Gina went to the room directly. Nana then texted me the room number, so as soon as I was done shopping I followed them to the room. Do you know what happened next? The hotel staff, and by this I mean a receptionist and a bellboy, did NOT allow me to come in. They even HERDED me to walk away from the alley leading up to the elevator, as if I was some kind of criminal. Those retards warned me that I HAD to pay if I would visit them. WTF??? I told them that I was not gonna sleep there. I said that we were gonna go to Ban Kamala in half an hour and I just needed to use their bathroom to change my clothes. Still, they insisted that I could not go up to their room. Confused, I called Nana who went downstairs to the lobby immediately asking for explanation. Well, apparently, Patong Paragon Hotel had this stupid policy (that was not even published on their freakin' website) that the hotel guest could NOT have visitor coming over to their room UNLESS they PAID for ANOTHER EXTRA PERSON! Seriously? I had NEVER heard any of such freakin' bullcrap! Mind you, Patong Paragon Hotel CLAIMED themselves as a 4-star hotel. Well, guess what, dude? That's obviously OVERRATED!
Pissed off, I went out to the beach and waited for the girls there instead. The sound of calming ripple greeted me as the warm afternoon white sands sucked down my bare feet gently while the sun was setting drop dead gorgeously...
Long story short, we were on our pick-up car to Ban Kamala to catch up the show at Phuket FantaSea. Nana had previously booked the tickets online and managed to cut off 200 baht from the normal price, therefore we were able to enjoy the show, including the buffet dinner and pick-up service, for 1700 baht.

Phuket FantaSea, located on Kamala Beach around 9 km from Patong, is a cultural theme park that promotes itself as a one-of-a-kind attraction that guarantees its visitors to get a one-of-a-kind Phuket experience. Although, honestly, we were not buying it whatsoever because all we wanted to do is tasting the Royal Thai dishes. That is why when we bought the tix, we upgraded to the buffet dinner to begin with.

For the record, Phuket FantaSea opens its gate at 5.30PM - 11.30PM daily, except Thursday (however it may open if public holiday falls on Thursday). So yes, if you plan on giving a shot to this cultural park, make sure to clear up your evening schedule. 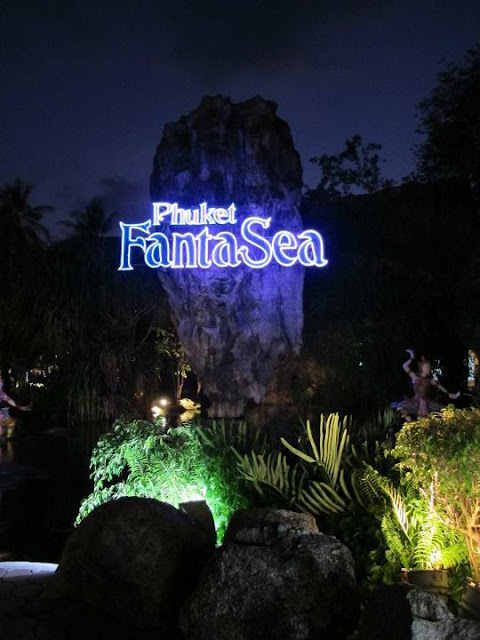 Before going further into my story, let me just elaborate on what Phuket FantaSea has to offer. There are three main attractions that you could choose: Buffet Dinner, Theater Show, and Shopping Arcade. The latter is as simple as the name, so I'm not gonna bother to explain it, except for the fact that it's relatively expensive and you can not bargain anything. 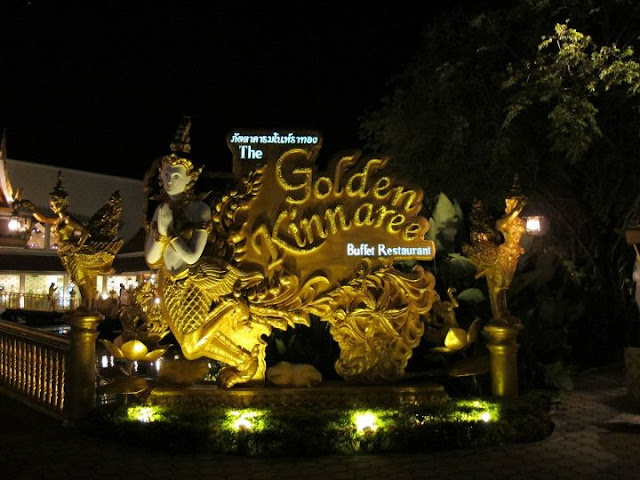 At the restaurant door, you need to show the ticket proving that you have signed up for the buffet. They will also ask whether you only eat kosher/halal food or not. Then you will be directed to certain food sections based on your preference, before which they handed you a sticker with the table number printed on it. Once you land safely at your preferred section, you're definitely having a feast! 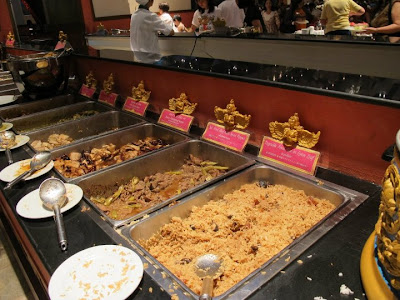 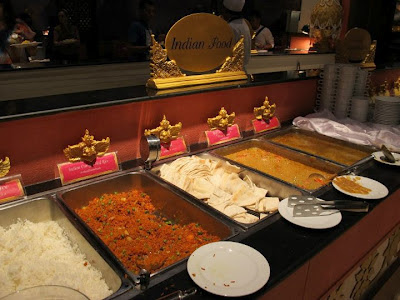 Besides the authentic Thai cuisine, they also serve International delicacies from Indian to Asian to European food. These are what I had for dinner:


IMO: Liked my Thai plate. Disliked my Indian plate. Enjoyed all the salad and fruits. Got overwhelmed by the feast!

Buffet time is from 06.00PM - 09.00PM. However you are recommended to arrive before 06.30PM so you can enjoy your dinner without having to rush off to the Theater show afterwards that starts at 09.00PM.

If you buy tickets for Theater Show only (without the buffet. I forgot how much it cost, though), please arrive before 7.30PM as the line would be very long and you may be tempted to take pictures everywhere because every building and lighting inside the park were designed to amaze you. 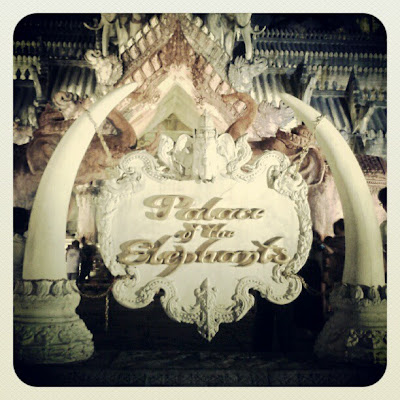 The Theater Show itself is shown at the Palace of the Elephants, located right across the Golden Kinnaree restaurant. It's a two-story building with 3000 seats and 999 elephant statues. Constructed before the ancient Sukhothai Era stone palace, it is home to the cultural illusion show called Fantasy of a Kingdom that tells a story about the legend of Kamala narrated in English. It involves 4D effects, aerial ballet (highlight of the show, in my opinion), acrobatics, special effects, and elephant performances featuring more than 30 elephants. Go figure how big the stage is.

The show lasts for 1.5 hours, excluding the queuing. No phone, camera, or video recording allowed inside and you will need to keep them all at the storage service prior to entering the auditorium.

Was the Phuket FantaSea worth it? Well, I enjoyed the food and the performance, however I don't think I'll come back there the next time I'm going to Phuket. I didn't regret it, though. If you've never been there, it won't hurt to try this cultural park at least once in a lifetime. 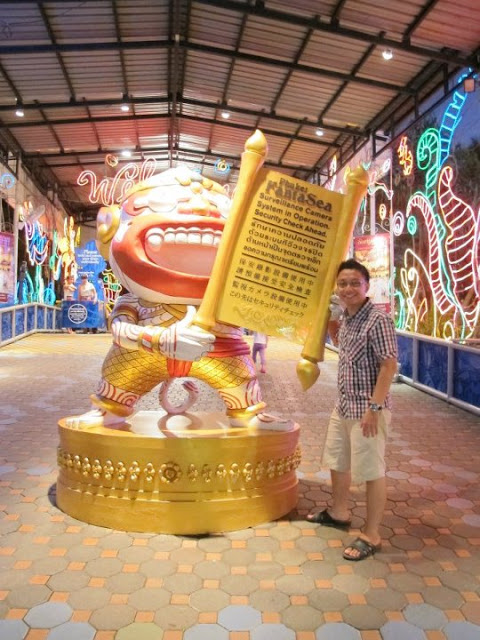 Around midnight hour, the girls went back to the hotel while I settled myself at Ken's Inn a few blocks away. Day 2 ends here. See you on the next post!