April 10, 2012
So I just came back from a brief getaway to Phuket, Thailand, and am gonna try to blog about it so someday in the future my grandchildren would be able to read how adventurous their grandpa was. The beauty of internet...
The trip was supposed to be consisting of 4 friends: me, Gina, Nana, and Buddy. Unfortunately, Buddy had to cancel the trip due to personal matter, so there were only 3 of us who finally embarked on a getaway to the neighboring countries.
Taking off from Husein Sastranegara International Airport Bandung, Indonesia, at 08.45 with AirAsia, we landed safely at Kuala Lumpur International Airport Low Cost Carrier Terminal (KLIA LCCT), Malaysia, at 12.00 sharp. FYI, Indonesia is one-hour behind Malaysia, so Bandung-Kuala Lumpur can actually be reached in 1.5 - 2 hours.
It was the first time I landed my feet in Kuala Lumpur, and from what I could tell, the weather was not much different than the infamous Jakarta's weather: hot and damp. We were initially planning to go on a very quick trip to the city center. However after deliberating for a good thirty seconds, we decided to stay in the airport as we had to catch the 08.30PM flight to Thailand that very evening. FYI, it takes approximately one hour from KLIA LCCT to KL Sentral by bus (available at the airport for 7 MYR per one-way ticket). We didn't want to risk missing out our flight, though. Thus, we wandered around the KLIA LCCT for the next barely bearable 8 hours.
After passing the immigration and got Malaysia stamp on our passports, we visited the Tune Talk booth. Tune Talk is a Malaysian mobile phone provider. Apparently, AirAsia Malaysia gave out free sim card to the passengers. So we used the gift, but still we had to reach our pocket to top up the credit. However if you happen to make a transit in KLCC and wait for your connecting flight but need internet connection, you don't have to buy any sim card. Free wi-fi is available in almost all area of the airport, without user ID or password or maximum hours of online (yes, it was very much unlike Singapore's Changi Airport).
It was lunch time so we looked around for a place to eat and chose Food Garden which was sort of a food court where they served many selections of eatable course, ranging from traditional menu such as Nasi Padang, Nasi Lemak, to fast food such as KFC. I had Nasi Lemak Ayam Goreng Merah (Coconut Milk Rice with Red Fried Chicken) for 7 ringgit and Winter Melon juice for 3 ringgit.


Anyway, we decided to check in early so that we could wait in the international departures hall which was as crowded as the queue at the check-in counters by the way, but more civilized and safe, I think. There were several shops inside. I went in to the shop called Books which is a bookshop (obviously), but didn't find anything unavailable in Jakarta. The books are a bit more expensive than they are in Indonesia. Not cool. Then I entered a pharmacy named PUSRAWI where I bought a Maybelline lip balm (16 ringgit) a bottle of Irish's Block Up! sunblock (12 ringgit), and a toothbrush (10 ringgit). Pricey but I'd never seen them being sold in Indonesia. Also, I'd need them later in Thailand to shield my lips and skin from melanoma, so there goes my ringgit. 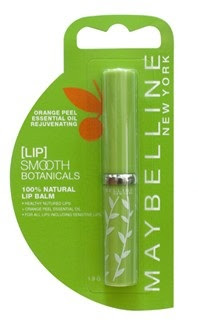 After strolling around the shops for a while, we settled in at Cafe Espreso to recharge our gadgets and enjoy the luxury of sitting on a couch. If you are not a cafe person or are in a tight budget (the cafe was not that expensive anyway) there is a charging station at the center of the hall that you can use for free, but as one would expect, it is always raided by probably everyone who's bored waiting to board.
Later in the afternoon, we went out from the boarding lounge (yes, you can do that!) to find dinner. We tried The Taste of Asia that served, as the name suggests, Asian food! I ordered Curry Noodle for 10 ringgit and, boy, it was delish!

We departed from Kuala Lumpur at 08.30PM and arrived at Phuket International Airport at around 09.00PM (note that Thailand is one hour behind Malaysia, so it took approximately 1.5 hours from KL to Phuket by plane). After getting our passports stamped with Thailand entrance permit, we approached the True Move shop and bought the sim card as we would definitely need it during our stay in Thailand. As we walked to the gate, we saw a man holding a paper with Nana's name (as the booking was under her name). He was the assigned driver who was gonna drop us at the hotel in Phuket Old Town. Finally, WELCOME TO THAILAND!


Well, I guess what happened in Thailand can wait until the next post.
Cheers,
Begy
Travel