May 27, 2011
Well, well. Been abandoning this blog for over a month. Not much to bitch about, though.
By the way, just found out that besides a few best friends, there are people who actually read this blog. And not by accident. Like, they want to read my blog for real. So yeah. Apparently, people DO read my blog. Despite I personally honestly believe that this may be the most trivial blog you would ever read, but I appreciate the time that you spent reading my mostly non-sense posts.
So here I am, trying to blog again. I don't know what I should be blogging about, though. I mean, when you realized that people read your blog, you sorta feel urged to figure out some kind of formula so the blog could meet the expectations of your readers. I mean, really, you don't wanna disappoint those who have put the effort bearing all the non-sense you've willfully written, right?
But then again, I've been blogging without following any demand from anyone, and people still read my blog anyway. So I suppose it'd be just fine if I keep doing what I've been doing, blogging anything I feel like blogging about.
Well, today I feel like blogging about Glee. The show just wrapped up its second season this week and I gotta say I quite liked it. Now before jumping further onto the whole Glee experience, I should say that I'm completely aware of the fact that this award-winning series also has some haters to whom I have no hatred, of course, because "pros and cons" is so human. However, this post is intended to be a tribute to the Glee cast, production crews, and million of gleeks out there who have been faithfully attached to the show since the inception until its second season finale. 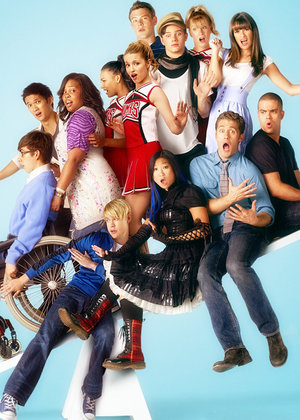 I can still recall the first time I learned about a new TV series that involves singing and dancing in Meg Cabot's blog that I used to read regularly a couple years ago. She said she was crazy over it which led to my curiosity digging up more info on the series called Glee. After going through some articles and YouTube videos, I decided I HAD to watch it. I told my best friend, Buddy, with whom I usually share lotsa things, including TV series, about this Glee show. He glanced over the preview and commented that it looked like a Hindi movie, with its typical singing and dancing routines, and went apathetic. Yet I insisted that he gotta watch it full instead of fast-forwarding the scenes. Well, he did and has been gleeked out ever since.

I myself personally went crazy over Glee right after watching the last scene of the pilot episode where the cast sang Journey's "Don't Stop Believing". Such fun, yet a defining performance to watch. 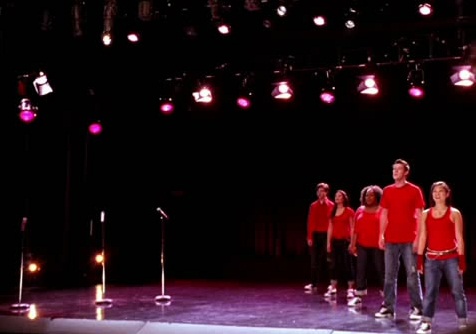 To be honest, I fell in love with the show because I've always had a soft spot for musical, especially when  they remake the oldies into contemporary beats. I understand that there is nothing like the originals, nevertheless it's always nice to listen something different. Hell yeah, who knows that something old and good can be fresh without losing its meaning? Also, they remake many latest top 40 songs which is definitely refreshing. Well what can I say? I'm very young at heart. Ha ha.

As the episode goes on, I reckon that this show is not merely about a bunch of high school students singing and dancing around in dramatic allure. Yes, it depicts the common illustration of American schools, where popular girls and jocks ruling out the school, while the geeks and underdogs taking the crap. And yes, like any other hi-skool themed movies, both parties ended up living in peace.

The second season started out with the idea of the glee club, New Directions, going to compete in National Choirs Championship in New York. This was gonna be a long and winding road for the glee club members and coach William Schuester to make their dreams come true in The Big Apple. To begin the journey, they performed Jay-Z & Alicia Keys' "Empire State of Mind" in front of their school peers to attract new members in order to complete the formation to be eligible competing in Nationals, resulting only two new students joining the club. 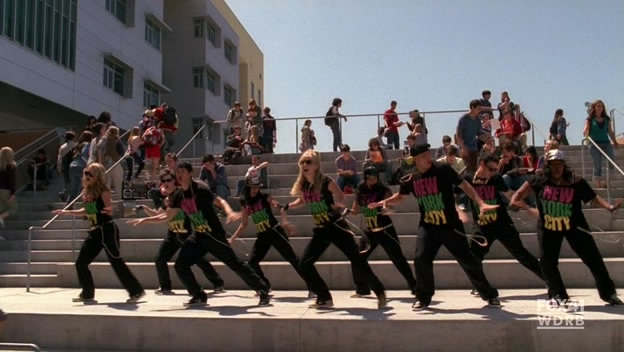 The new guy was Sam Evans, with whom Quinn had a duet that ignited love perks between them. They were singing Jason Mraz & Colbie Calliat's "Lucky" to which, I think, was very sweet. 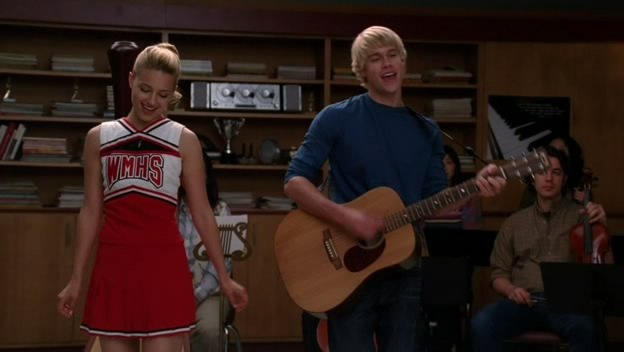 The other new member was Sunshine Corazon, portrayed by Pinoy singing sensation Charice Pempengco. She auditioned for the club performing "Listen" from the movie Dreamgirls. A performance that gave me chills. I mean, God, her voice was just impeccable. 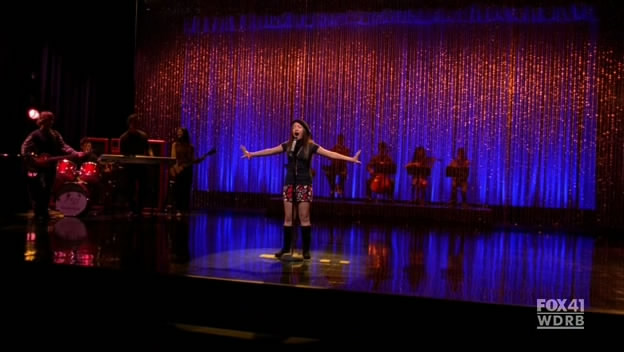 She was supposed to be a great addition to the New Directions. Too bad the rival glee club Vocal Adrenaline sabotaged her and she transferred to their school.

While the glee club struggled with its own problem including the funding and finding the right songs for Nationals, and of course trying to survive from Sue Sylvester's attempts to vanish the club; each member had to deal with their own issues.

Rachel, Finn, and Quinn were trapped in a bizarre love triangle. Rachel obviously loved Finn. But Finn felt that he and Quinn still had the chemistry. Sam fell in love with Quinn, and Quinn tried to reciprocate that. Then Finn broke up with Rachel, and Quinn ended her relationship with Sam. Finn and Quinn got back with together, but it didn't last long. Why? You guys better watch it yourselves.

Kurt faced a death threat from Dave Karofsky, a bully who was a closeted gay, and had himself transferred to another school where he met his future love interest. How did it go? Witness it on your own.

Artie and Brittany went through a rocky relationship after Santana revealed that she had feelings for Brittany. Which one did Brittany choose, the guy or the chick? Go figure.

Puck has changed, and Tina was having some insecurity problems with Mike Chang. Did they remain together in the end? I won't tell. I hate to give spoilers.

This leaves us to Mr. Schue who had to deal with his ongoing feud with Sue Sylvester and his longing of love with Emma. How did he handle them?

What about Sue? Could she destroy the glee club into oblivion as she promised on the first season finale?

And lastly, did they make it to Nationals and win the whole thing?

Well, apparently one blog post could not really sum up the whole experience of watching 22 episodes of 1 hour show this season.

Simply put, Glee is one hell of entertainment.

See you in September, gleeks!